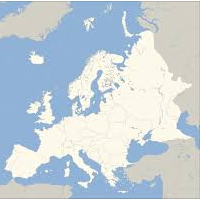 The negotiation has found its occupational balance through the reduction in the number of redundancies to 5200 FTE and an important result related to the new employment which is achieved in a ratio of 1 to 2, equal to 2600 stable hirings (in apprenticeship or permanent employment).
In addition, Unicredit has decided to confirm Multipolarity and strengthen it in the South of Italy (specialist and back office activities in Campania and Sicily).

Solutions have also been found in the agreement with respect to:
– voluntary early retirements through the sector Solidarity Fund (54 average months to public pension);
– an increase in the company productivity bonus, an increase in the lunch voucher (from 5,29€ to 7€), the consolidation of the contribution to company health care fund and a contribution to the dental policy;

Voluntary exits
The redundancies are reduced to 5,200 FTEs, thanks to the provision of 800 professional retraining.
Voluntariness is the only criterion for access to the Solidarity Fund for all those who mature their first pension requirement by 1 December 2027.
Colleagues’ requests will be collected by June 2020.
Further, those who will mature the right to pension in the first half of 2024 will enter the solidarity fund from 1 June 2020, under the conditions of the previous agreement, signed in 2018.
Those who voluntarily adhere to the plan will receive an incentive equal to two months’ salary, to which an additional month’s salary will be added in the event of resignation.
Terminations of service for entry into the Solidarity Fund are foreseen at fixed dates.
Those who will voluntarily apply for direct retirement (with individual window until 1 January 2024) will receive higher incentives as well as those accepting early retirement under the ‘quota 100’ rule.
Early retirements under the ‘opzione donna’ rule are confirmed up to 100 requests.
Ordinary or subsidized redemption of the degree will be in charge of the company provided that it allows for the early access to the pension by 31 december 2023 (up to 100 requests).
Applications from staff who are blind, disabled or suffering from particularly serious illnesses of their own or of the family unit will be evaluated positively.

New employment
The Trade Unions, also to mitigate the organisational impact of the exits as well as to encourage the relaunch of the company, have obtained a commitment to hiring 2,600 permanent workers (with particular attention to those who are currently included in the Emergency Section of the Solidarity Fund) and to stabilise the approximately 900 colleagues already in apprenticeship. Recruitment will be directed towards commercial activities and in the areas functional to the development of digital processes and subdivided with criteria of proportionality from time to time with respect to exits.

Productivity bonus 2019
1430€ on welfare account or 880€ in cash (+10% compared to the previous year).
In addition, 88,70€ per capita to partially cover the cost of the collective dental insurance.
The possibility of purchasing welfare days (maximum 5) has also been confirmed. The Bilateral commission on work organisation is reaffirmed and strengthened.
The central importance of training processes for professional development is reaffirmed, stating that the Plan will be supported by training and specific professional reconversion and requalification measures.

Welfare, conciliation and part time policiesInsurance cover for premorience and incapacity to work is confirmed and stabilized.
It was also decided to continue testing the reconciliation tools already introduced and the commitment to introduce further measures in terms of agile work and leaves for key events in life.
In relation to part time, the company has established a commitment to intensify the acceptance of part time applications, also through the redefinition of the existing agreement.
The Company’s contribution to the Group Pension Fund is reintroduced for apprentices, amounting to 4 % for all 3 years of apprenticeship.
The assessment of the Trade Unions is positive, in particular with respect to the employment balance achieved, for the concrete attention to the South and above all with this agreement Unicredit concretely confirms the will to stay and invest in Italy.