Team23. The EWC point of view: critical points and proposals! 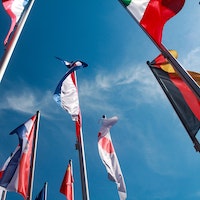 Team23. The EWC point of view: critical points and proposals!

The Unicredit European Works Council, in its plenary session last 17th-18th December 2019, met the Unicredit CEO Jean Pierre Mustier, the Group head of Human Capital, the Co-Heads C.B. Eastern and Western Europe and the Group COOs to deeply analyse the structure and objectives of the new business plan Team23 and above all its impact on employees.

We, as workers’ representatives, recognise the effort made in the last three years (Transform2019) to give Unicredit a new solid capital position.

We reaffirm the crucial role played by the employees, who have been forced to work in critical conditions with unacceptable professional risks and responsibilities also due to serious problems and delays in digitalized processes.

Employees are THE ADDED VALUE of this group!

Unicredit has no future without us!

On the contrary, and once more, we see a business plan were – from our perspective – the only ‘strategic’ idea is redundancies (more than 8000 FTEs were announced): workers are not numbers or simply costs, they can instead contribute to the sustainable growth of the group either in terms of professionality and experience and as an example of loyalty and dedication.

The message of this European Works Council is clear: the change must be done with workers and not against or without them!
Transform2019 has demonstrated that workers have the will and the capability to fully contribute to the change.

Digitalization alone is not enough, cost reductions alone are not enough!

Another kind of bank is possible, a bank where employees have the right time and the appropriate professionality to provide clients with high quality services and high added value financial products.

This implies a strategic u-turn by the Group: investing in people instead of redundancies!

The CEO Jean Pierre Mustier confirmed that the future of the Group is to keep on being a pan European commercial bank, as we are now, but with a better structure, a better digitalized approach, higher productivity, better risk management and capital position.

NO mergers and maybe only minor acquisitions in the CEE area.

Unfortunately, not many other details were provided, beyond the ones already communicated last 3rd December 2019.

And not even any strategic ideas on how to take advantage from the CEE area that is the growth engine of the Group: this is a further reason for serious concern!

The management has announced that the yearly new investments in IT will be 900 milion euros and that Unicredit Services is fully plugged-in the Group costs’ and revenues’ structure: these investments will have to be done in a much more effective way than the recent ones and we will constantly monitor and refer about it!Furthermore, we will be strongly committed in the Social Dialogue at national level to improve working conditions and reduce workloads, increase qualification programs and investments with focus on vocational training, re-skilling and up-skilling and make sure that colleagues are fairly compensated for their efforts.

Digitalization can not be used as an instrument to justify redundancies!

The EWC will stand by the Trade Unions and Workers’ representatives in order to counter, in any possible way, a business plan relying on our colleagues’ working life, those who will leave and those who will keep working under even more critical conditions!

The members of the EWC, coming from the sixtheen countries of the Group, have elected
Luciano Malvolti as President,
Florian Schwarz as Vice President
and the other seven members of the Select Committee for the next four year mandate.