Social dialog must not be empty words 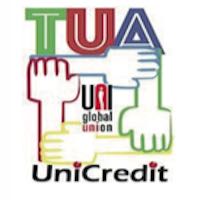 Social dialog must not be empty words

An important and reliable press agency, on July 22nd, released advances on UniCredit next strategic plan: the release of rumors is an event in contrast with the informa on’s management that for some years, in the Group, had been very accurate.

The news that the next Strategic Plan would cut several thousand jobs across the Group and, in particular, up to 10,000 in Italy to reduce costs and recover efficiency, is worrying all workers of the Group.

As Trade Union Alliance, we are very perplexed by the leakage of news, whether they prove to be true or fake, since, due to the impact they have on people first, and then on the markets themselves, it should always be avoided to begin with, and then, if necessary, managed with extreme care.

We also declare our strong opposition to measures providing only job’s cuts without the introduction of structural changes that aim at increasing profitability.

The e-mail message that the CEO sent to all workers does not deny that the redundancies will be declared, thus confirming the piece of news, and this is certainly no summer greeting.

Transform 2019 strategic plan is ending, as stated by UniCredit Management itself, achieving all the expected objectives and, for some figures, in advance: these results had been obtained, we must say, with the fundamental and indispensable contribution of all Employees in all Countries where UniCredit is present.

If Group’s Motto has become in recent months “Ethics and Respect”, to these concepts, as long as they are not empty words, we refer and appeal: respect for Workers and respect for “Work” that means dignity for people, requires non only that industrial plans must be discussed in places and with counterparts provided by laws and bargains; but also that, in fact, Employees are been declared as the true and only propulsive force of a company.

Unicredit has gradually cut more than 100,000 jobs since 2008; over a third of these in Italy, following the sale and outsourcing of ac vi es and the implementation of various industrial plans.

In these days Unicredit has delivered 1h2019 results: the only goal fully achieved has been jobs’ cut. We are definitely against measures that involve only cuts of jobs without, due to managerial incapacity, structural changes are introduced, aimed at increasing profitability. We will strongly oppose a strategic plan mainly aimed to destroy jobs.

We expect a focus on structural improvements and investments in efficiency to make the working environment of the employees and the customers easier. We fully support the published position (statement) of the Select Committee of the European Works Council of UniCredit