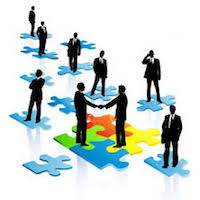 The third term (2015-2019) of the Unicredit EWC (UEWC) is drawing to a close. Major results have been achieved confirming the value of Social Dialogue. The Joint Declaration on Work-Life Balance, the Global Framework Agreement negotiated by the Group with Uni Global Union and more frequent meetings between the parties are amongst the main achievements of this term.

We reaffirm that both the Joint Declarations and the GFA must be enforced in all countries where the Group operates by involving workers’ representatives at national level.

During the 24th Plenary Meeting, in the presence of the Group CEO Mr. J.P. Mustier, the EWC stressed the hefty sacrifices borne by the Group employees – headcount cuts, heavier workload, reskilling– to support the Transform 2019 plan.

We reiterate the need for the new business plan to allocate meaningful investments to the Group’s human and professional capital. A business plan exclusively focusing on additional cost and headcount reductions would not be acceptable. Priority should be given instead to policies boosting revenues growth.

The UEWC reaffirms its strong opposition to any form of outsourcing, disposal of assets or workers’ redundancies as well as to any alternative network, such as franchising and agents.

During the session with the Group’s co-COOs (Mr. De Marchis and Mr. Vivaldi), and with the Group Chief Transformation Officer, Ms Kutz, digitization-related issues were discussed. The EWC clearly stated that digitization must be regarded as a tool to support workers rather than an excuse for further job cuts. Any discussion about digitization which will have an impact on the organization, working practices and people’s professional life should involve workers’ representatives both at national and international level.

The Unicredit EWC expresses its willingness to negotiate with the Group a joint declaration on the social impact of digitization, personal data security, the ethical use of AI, whilst envisaging adequate reskilling initiatives.

The EWC reiterates that data of CEE countries should be reported on an individual basis to enhance the information and consultation process and to allow each and every country representative to gain a better understanding and feel more involved.

During the session with the Group Head of Human Capital (Mr. P.Cornetta) the initiative ‘Ethics & Respect’ was presented, whose general principle we agree with.

Group policies were independently prepared by the Management on the following topics:

We called for the full involvement of workers’ representatives in the various countries so as to proceed with further analysis and monitoring activities on the implementation of the values of Ethics and Respect across the company and its supply chain. The company confirmed its full commitment.

The UEWC is fully aware that it is only through constant and fruitful social dialogue, both at national and international level, that ethical values and workers’ dignity can be pursued in view of Corporate Sustainability and CSR.

The Unicredit EWC wishes to extend its gratitude to Uni Finance and its experts for their relentless support and collaboration.