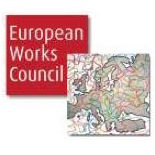 From January 21 – 23, the 23rd Plenary Meeting of the European Works Council took place in Milan, exercising the right to information and consultation with workers’ representatives of all the countries where the Group is present.

On January 22, 2019 during the 23rd Plenary Meeting of the European Works Council, Unicredit and UNI Global Union (the world federation of trade unions for the service industry) – with the support of the Unicredit EWC and of the International Trade Union Alliance – signed the Company’s Global Framework Agreement. The GFA protects the fundamental rights of the Group’s workers with regard to respect for people, freedom of trade union association and the dignity of workers. All this with a view to promoting a culture of respect, non-discrimination and work-life balance. The GFA reaffirms and strengthens the content of the joint declarations on Responsible Sales, Equal Opportunities and Non-Discrimination and Work Life Balance. The signing of this important Global agreement by the CEO Mustier the first of its kind in Italy in the financial industry, represents a significant result highlighting the effectiveness of social dialogue with a view to protecting and improving workers’ life and working conditions.

In the session dedicated to the update on the implementation of the industrial plan “Transform” in the presence of the Director General G.F. Papa, CEO Mustier said that we are in a new course that will see us all involved in a cultural change that focuses on ethics and respect. The signature of the GFA goes exactly in this direction, being the first leg of a journey that will lead to a cultural change which has at it core the RESPECT for people, the lack of which will not be tolerated at all levels.

The CEO reiterated the importance of “doing the right thing” with all stakeholders, which translates into selling the right products, in the right way, financing the right industries, being compliant with the joint declarations, implementing the principles of Responsible Sales, Work-Life Balance, Diversity and well-being in the workplace. To this purpose, measures will be taken to monitor behaviors deviating from the above-mentioned values of Ethics and Respect. The CEO underlined that the tone should be set by the top management, and appropriate training should be envisaged to this aim.

Focus was also put on the need for a dialogue-based culture, where people are entitled to speak-up, and where active listening is fostered.

The CEO underscored that, for the time being, the Group envisages organic growth exclusively and no mergers and acquisitions are in the pipeline over the next two years, due to unfavourable market conditions.

The EWC encourages the full implementation of its Joint Declarations in all countries and underlines the importance of this cultural change centered on Respect, which should be fully brought about in all the countris where the Group operates.

Mr E. Recchia, Head of Industrial Relations and Welfare, illustrated the degree of implementation of the provisions in the joint declaration concerning Work-Life Balance in the various countries. He also illustrated the bedrock principles of the ‘Ethical’ approach to be adopted by the Group.

Mr D. Tonella, CEO of Unicredit Services, described progress achieved in digitizing and transforming the Group’s operating model.
Specific focus was on the following:
=> IT architecture development, with a 46% incident reduction both in Italy and in Germany.
=> Ops efficiency with the implementation of the cost reduction plan and the specialization with the creation of Global Hubs.
=> Real Estate optimisation: better use of spaces in central offices and branch streamlining in Western Europe.

With reference to the above initiatives, the European Works Council expressed its opposition against any outsourcing project and reaffirmed that sheer headcount cuts cannot be the main objective of the company’s reorganisation, rather investments should be directed at developing our colleagues’ skills and expertise in all areas (IT, Operations, Real Estate, Procurement, Security, etc.), in order to address the challenges of digitization. As to this request, the CEO announced a series of initiatives regarding upskilling/training/learning, whose effectiveness we will assess closely.

In our opinion, in-sourcing of activities and workers should be carefully reconsidered, as it happened for ES-SSC.

The CEO categorically denied any rumours on further activities outsourcing to VT-Services.

We reported major payment-related incidents which occurred in Austria at the end of the year, and called for strong action to stabilise IT systems. The CEO strongly committed to tackling this issue and announced the setting-up of a dedicated task force.
Following the recent EWC’s reports on several countries, the CEO Mr. Tonella stated that major investments have been earmarked aimed at improving log-on times, PC replacement and network upgrading in all branches.

We restated that digitization must be worker-centered in order to build a bank where people can make a difference and add value for customers.

The Group also reported on its plan to strengthen the Wealth Management business, currently operating in Germany, Italy, Austria and Central and Eastern Europe. Mr. Bizzozzero, head of WM, illustrated our current position in Europe and confirmed the Group’s intention to be among the top 5 competitors aiming at creating value for shareholders and customers.

The European Works Council reaffirmed the importance of social dialogue as an effective tool to safeguard and protect workers’ rights and working conditions and urged the company to foster social dialogue in all countries where the Group operates. To this effect, the GFA will prove to be a major tool.