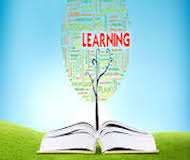 In the context of a European common project co-financed by the Commission, the European Social partners (UNI Europa Finance, EACB, EBF-BCESA and ESBG), celebrating the 10th anniversary of their Joint Declaration on Lifelong Learning (LLL), identified the practice of LLL at national level. The social partners found that LLL is a key topic – especially in a dynamic and changing sector such as the banking sector. LLL has been identified as a good starting point to establish and to strengthen dialogue between social partners.

The European Social partners noted that some organisations from post-2004 enlargement’s Member States are, for various reasons, not involved in the European social dialogue in the banking sector. However, they are convinced that the participation of those organizations would add relevance to the social dialogue in the banking sector and improve opportunities for labour relations in the sector.

The UE socila partners carried out three workshops and one final conference. The three target countries were Bulgaria, Croatia and Romania, the final dissemination conference took place in Brussels on 16th October 2013. In the three countries, this project brought social partners at federation level from the banking sector back to the same table after a long time being apart. Affiliates and members from both sides reported that this project has been a great success. It has been a helpful push to facilitate dialogue between them. In the frame of these three workshops, the European social partners called on their Bulgarian, Croatian and Romanian members and affiliates to actively engage in the European social dialogue. All the workshops and the final conference stirred up a great interest and high level of partecipation of the host countries social partner’ representatives.

In 2003, the social partners of the banking sector concluded a declaration on LLL in which they state that LLL, “is a key aspect both for the competitiveness of companies and for the employability of workers”. The Declaration sets out the fundamental objectives for social partners consisting of the following 4 principles:

– Recognising and validating competencies and skills

– Providing information and support on principles, right and responsibilities

– Employment and retraining through mobilising resources

In the new project social partners looked for key experiences to update and follow up on the joint declaration on Lifelong learning 2003.

The key result of this follow up project is a booklet. It does not only consist of example presented at the workshops held in the frame of the project but also states the findings of a survey among the European social partners’ affiliates and members across Europe.

Another important outcome is a common website the includes all the information and background documents as well as pictures illustrating the high level of interest in the project’s events: http://www.socialdialoguebanks.eu/

Based on the findings during the various stages of the project, the EU social partners recommend the following:

* Encourage our respective members and affiliates to promote the LLL Joint Declaration as well al the findings of this follow up exercise, and to continue their efforts in enhancing the practices of the LLL activities.

* Trade unions and employers’ organizations commit to the common objective in training for the benefit of both sides, where the employees can enhance their skills especially in a sector which continues to overcome the consequences of the financial and economic crisis and is subject to companies and for a dynamic development of the banking sector. Employers and trade unions together with national actors at their respective levels share the responsibility to ensure that LLL programs are of high quality and easily accessible for employees in the sector. Every employee has the right to be trained to perform the job he/she is required to fulfill, and employees will bear no cost for this training. Where this training takes place outside of working hours the specific arrangements are to be negotiated b social partners at the appropriate level.

* Employers’ organisations and trade unions from the eastern European countries are encouraged to engage in social dialogue both at company and at national sectoral level, within the frame of applicable national legislation. Based on the successful experience encountered during the LLL and enlargement project, physical meetings give the opportunity to understand better the interest of each side and allow to identify common grounds for discussion. In order to facilitate such a dialogue, both sides aim to establish structures giving them a sector-wide mandate to engage in national dialogue and to become an active part in the European sectoral social dialogue.

The EU social partners of the banking sector reaffirm the importance of the right to collective bargaining.

In the “EU Bank Social Partners’ review of The joint Statement of 2005 On Employment & Social Affairs in the European Banking sector: some aspects related to Corporate Social Responsabiliy (CSR)”, signed in 2014, reference was made to the ILO Global Dialogue Forum conclusions on the impact of the financial crisis on the finance sector workers which took place in Geneva in 2009. These conclusions specifically mention collective bargaining as an important means for stabilizing the financial sector after the crisis. In their reviewed joint statement, EU social partners of the banking sector agreed that “Governments, employers, employees and workers’ organizations should use alla existing levels of participation, including social dialogue end collective bargaining among other things, help workers’ employability through skills enhancement, lifelong learning and active labour market policies to support the adjustment”.

While the employer’s side agrees that social dialogue is an essential element to healthy labour relations, the establishment of national sector-wide collective bargaining, or company level collective bargaining or any other form of working relationships between employers and employees should be left to be decided by the relevant stakeholders. The EU social partners’ continuous exchange with their respective Eastern countries members and affiliates as well as with the Commission to facilitate participation in the EU Sectoral Social Dialogue, shall ensure the representation of their interests at EU level and their active contribution to the European project.

The European social partners agree to:
– continue to promote a better understanding of these issues by the employees and employers and stimulate the parties involved in the project to working, through a continuos dialogue, on LLL in order to achieve important benefits for all.